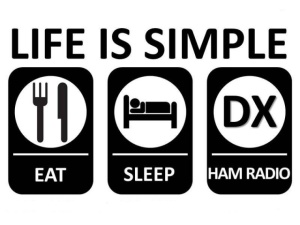 Folkscanomy: A collection of books and text derived from the efforts of volunteers to make information as widely available as possible. Because the metadata related to these scanned books are often done outside the library or cataloging industries, finding material can be more difficult. The Folkscanomy collection attempts to add a layer of classification for easier navigation.

Badger State Smoke Signals started as the publication for ham radio operators in 1969 of the Yellow Thunder Amateur Radio Club and was expanded to include the entire state of Wisconsin in 1983. Jim Romelfanger, K9ZZ was the editor for over 30 years until his death December 2001, and then Ken Ebneter, K9EN continued as editor/publisher until 2009.
Topics: ham radio, amateur radio, wisconsin

Electronics information pertaining to radio transmitters and receivers and other electronics of interest to the Radio Amateur and Electronics Experimenter
Topics: electronics, circuit design, radio

PDF files about the illegal FCC hijacking of all FM radio broadcast, and what you can do in the face of it.  Here you will find an admission that the FCC ONLY has authority to regulate Interstate Commercial broadcasting.  This is in line with the Constitutional "Interstate Commerce Clause" - the sole source of any Federal authority to regulate anything except money . Here also is the story of New York Free Media Alliance Microradio - one of many many micropower broadcasters.  A...
Topics: radio, FM, broadcasting, public airwaves, free speech, first amendment, constitution, illegal laws,...

This book was written by Clinton B. DeSoto (1912 - 1949, amateur radio callsign W9KL) and published in 1941. Gwendolyn Patton (NG3P) endeavored to compile a complete copy of the book for preservation, and in 1999 with the help of Peter Pegrume (G3GHA) and Sydney Pegrume (FK5CR) the project was completed and a copy of the book was hosted on www.qsl.net via NG3P's personal page at http://www.qsl.net/ng3p/ in HTML format. PDF creation (assembly, table of contents, etc) and archive posting was done...
favoritefavoritefavoritefavoritefavorite ( 1 reviews )
Topics: cq, arrl, amateur, ham, radio, desoto, history, shortwave

The Morse Code For Radio Amateurs is a book that has been published by the RSGB since 1947. This edition, which I believe is from 1957 (deduced from the bottom of page 20) was written by Margaret Mills G3ACC, the first English woman to be granted an amateur radio licence following World War 2, and was found tucked away in a box of amateur radio equipment purchased from eBay. With its near mint condition and absolutely beautiful adverts and page lay-out, I had to scan it and archive!
Topics: The Morse Code For Radio Amateurs, Margaret Mills, G3ACC, RSGB, Radio Society of Great Britain,...

The Navy Electricity and Electronics Training Series (NEETS) was developed for use by personnel in many electrical- and electronic-related Navy ratings. Written by, and with the advice of, senior technicians in these ratings, this series provides beginners with fundamental electrical and electronic concepts through self-study. The presentation of this series is not oriented to any specific rating structure, but is divided into modules containing related information organized into traditional...
Topics: Electricity, Electronics, Ham Radio, Amateur Radio, The Navy Electricity and Electronics Training...

Dedicated to the scientists, engineers, and inventors who through their labor and genius in perfecting the art of radio communication have placed at the disposal of mankind one of the most useful and powerful instrumentalities of the age FOREWORD The authors of this book have made what they believe is the first attempt to outline the practical, commercial, and romantic sides of radio telephone and telegraph communication. In preparing the manuscript they visualized a book that would instruct...
Topics: Radio, Electronics, Vacuum Tubes, Amateur Radio, Boatanchor, Ham Radio

1956 public domain textbook in the McGraw-Hill electrical and electronic engineering series. "PREFACE 'Radio Electronics' and 'Electronic Engineering' have been written as companion volumes, though written as independent textbooks. Together they represent a revision and extension of the author's 'Electron-tube Circuits.' It has been necessary to include a certain amount of material that is common to both books in order to ensure completeness and continuity of text material. Moreover, the...
Topics: Electronics, Radio, Amplifiers, Vacuum-tube, Ham Radio, Boatanchor, Amateur Radio, Tubes, Valves,...

Folkscanomy: Ham and Amateur Radio
Radio Monitoring A How To Guide
texts

TABLE OF CONTENTS A Loose Coupler That Does What Is Expected of It A design is given for a loose coupler with which primary and secondary windings can be used to give a wavelength range, with an ordinary 0.0003 mfd. antenna, of 169 to 1,066 meters or 179 to 2,665 meters. Page 9 Single Circuit Audion Receiver Compact and convenient, this set is admirably adapted for general reception on wavelengths from 150 to 3,200 meters, tuning in amateur, phone, commercial, and time signal transmitters. Page...
Topics: Radio, Radio and model engineering series

ENIGMA was a number station research group, founded in 1993 by long-time enthusiasts Chris Midgley and Mike Gaufman. They published a hard copy newsletter, first 4 times a year, then twice-annually. Each of those contained station logs, studies, schedules, and also information on general intelligence matters. The group disbanded in 2000, as Chris left due to spending too much of his free time on the newsletters, and Mike was unable to continue running the group on his own. Following the...
Topics: enigma, chris midgley, mike gaufman, radio, ham radio, monitoring, frequency, government, station,...

United States Army Technical Manual TM-11-685 Fundamentals of Single-Sideband Communication. 1961-01-27 "Single-sideband communication systems have been in use by the military for many years. The greater part of these system applications has been in large fixed stations for long-range, point-to-point communication in the high-frequency (HF), 3- to 30-megacycle (mc) spectrum. Because of its many inherent advantages, ssb is replacing amplitude-modulated (AM) portable, vehicular, and avionics...
Topics: Radio, Military -- United States -- Handbooks, manuals, etc, United States. -- Army --...

Folkscanomy: Ham and Amateur Radio
Radio for everybody; being a popular guide to practical radio-phone reception and transmission and to the dot-and-dash reception and transmission of the radio telegraph, for the layman who wants to apply radio for his pleasure and profit without going into the special theories and the intricacies of the art
by Lescarboura, Austin C. (Austin Celestin), 1891-
texts

CONTENTS CHAPTER I. The Elements of Radio Reception and Transmission 1 CHAPTER II. Radio-Phone Broadcasting — What it is and What it Means 39 CHAPTER III. Dot-and-Dash Broadcasting : From Market News to Time Signals 73 CHAPTER IV. Receiving Equipment and the Interception of Radio Waves 93 CHAPTER V. Operating the Radio Receiving Set and Mastering the Telegraph Code 143 CHAPTER VI. Making Big Sounds Out of Little Ones, or the Gentle Art of Amplifying 177 CHAPTER VII. Transmitting the Dot and...
Topics: Radio, Ham Radio, Amateur Radio

Folkscanomy: Ham and Amateur Radio
Radiotelefonia per i dilettanti
by Angelo Ulivo
texts

Folkscanomy: Ham and Amateur Radio
Radio For The Millions
by Popular Science
texts

Folkscanomy: Ham and Amateur Radio
Radio For Beginners: An Elementary Text Book Written So That The Amateur Can Understand It
by Cameron, James R
texts

"TO the oft asked question : 'What is wireless and how is it possible for one to hear signs, speech or music from a source several miles away, without any apparent connection and certainly without any mechanical connection?' We are at first inclined to use the little boy's expression on seeing the giraff at the circus for the first time — 'There ain't no such animal,' but today this answer would immediately be ridiculed by the vast army of radio fans throughout the country who finally...
Topics: Radio, Electronics, Ham Radio, Amateur Radio

O'Really?'s 'A Thing Or Two About Messing Around With Packet Radio' is 36-page instructional zine on how to make TCP/IP ('internet') connections using walkie talkies. It is a persiflage of the O'Reilley series of software manuals which tend to be about how to do code The Right Way™. This zine however takes a different stance and shows one of the easiest and quickest approaches to use this technique from the early eighties using contemporary devices and software. The manual shows how to wire a...
Topics: packet radio, zine, baofeng, amateur radio, ham radio

Folkscanomy: Ham and Amateur Radio
AS 49 Almost Everything
by Eimac
texts

Folkscanomy: Ham and Amateur Radio
Radio Apparatus for Amateur and Experimental Use
by RCA
texts

DESCRIPTION
Folkscanomy: A collection of books and text derived from the efforts of volunteers to make information as widely available as possible. Because the metadata related to these scanned books are often done outside the library or cataloging industries, finding material can be more difficult. The Folkscanomy collection attempts to add a layer of classification for easier navigation.
This is Folkscanomy Ham Radio.